An Unexpected Attraction Complicates a Happy-ish Marriage in First Blush 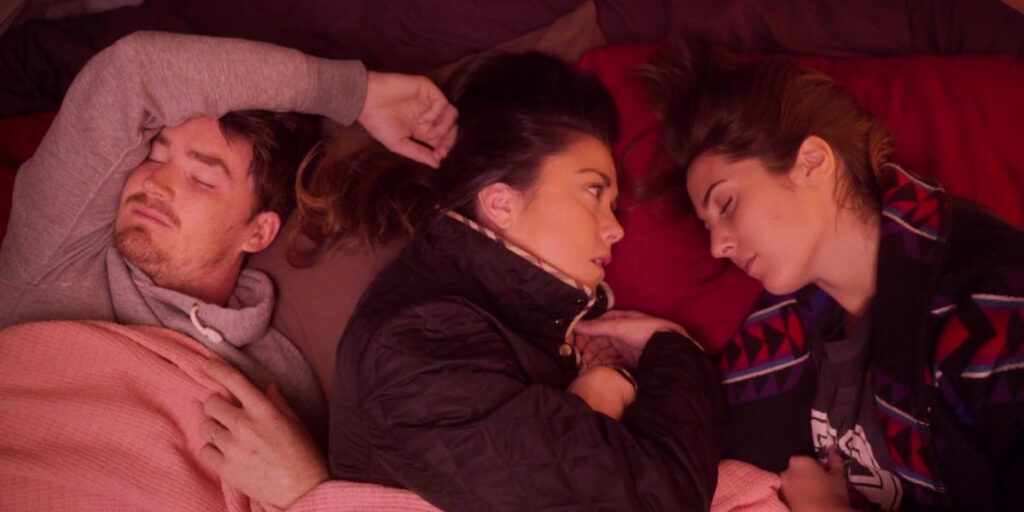 Gravitas Ventures has announced the release of Victor Neumark’s debut film First Blush. The modern millennial romantic comedy follows a young couple who scrutinize their relationship when Olivia is both attracted to them. A passionate and compassionate portrayal of the ups and downs of a polyamorous relationship, First Blush will be available on February 2nd on a range of digital and cable platforms including iTunes, Amazon Video, Vudu, Comcast, Spectrum, and Cox.

Nena and Drew are a young, happy couple whose relationship is thrown off axis when they meet Olivia. The trio’s attraction to one another is undeniable, but when they become romantically involved, they struggle to cope with the complications of a polyamorous relationship. The three of them are reaching their limits as they discover painful truths about who they are, what they want, and how to love in turbulent times. Alternately hilarious and heartbreaking, the film tenderly explores the fears that shape a generation and celebrates the courage it takes to make real connections.