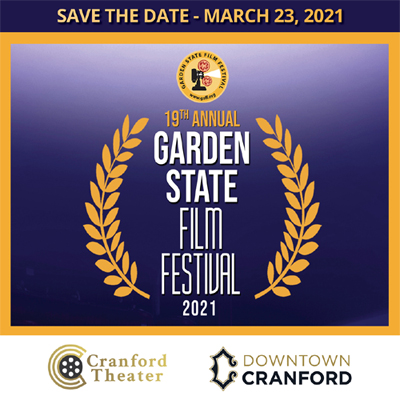 The Cranford Theater participates in the Garden State Film Festival

The globally recognized Garden State Film Festival (GSFF) returns for its 19th edition in 2021 with two new surprises: adding a new sixth day and welcoming the newest screening location, the Cranford Theater. The festival will feature independent films from around the world, and will announce the winners of the screenwriting and film music competitions, the Rising Star award winners, as well as parties and panel discussions.

“We are very excited to be working with this friendly place. We have decided to start the 19th annual festival one day early on Tuesday March 23rd,” said Lauren Concar Sheehy, Executive Director of the Garden State Film Festival . “This partnership will allow us to bring the live energy of this popular festival to our Union County fans.”

The producers are working with F&S Digital to make GSFF 2021 a virtual and live hybrid event. The Cranford Theater will open the festival on March 23rd with a children’s film screening at 4pm. Titles are still being selected, but will also include Arthur Futuro, a gripping half-hour comedy about middle school student Arthur Futuro who is told by his future self that he has to change something in the present to save his friends. Adult films start at 7pm.

The demonstrations should take place in person. Should government mandates require the cancellation of live events, ticket holders will receive virtual access to the GSFF 2021 event. 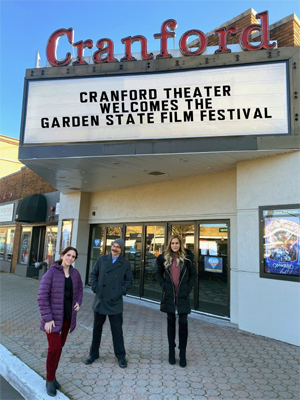 “We are delighted to have our guests as part of the Garden State Film Festival at the Cranford Theater, Cranford’s Hometown Art Theater.” said Doreen Sayegh, owner of the Cranford Theater. “This festival is the best in both independent films and in its commitment to the many ways the arts connect, heal, entertain and educate communities, the principles we both share.”

In two decades, the globally recognized Garden State Film Festival (GSFF) has grown into one of the premier film festivals on the East Coast, regularly drawing crowds of 25,000 or more to multiple venues across Asbury Park. During the height of the pandemic, it was the first and only film festival in the world that didn’t cancel, offering ticket holders a full event – over 240 films, filmmaker’s questions and answers, even an awards ceremony – in a virtual format.

For tickets to the Cranford Theater Event and the Live / Virtual Event, visit gsff.org, where you will soon be able to see synopsis of the films, read about the award winners, see great photos and plan your full entertainment schedule. You can also download the free GSFF app on your phone.

Founder Diane Raver adds, “It only happens once a year and it goes by in a flash. Don’t miss this fun and important event that celebrates the creative spirit. “

The Cranford Theater is located at 25 N. Ave. W in Cranford. For more information, visit cranfordtheater.com or call 908-588-2477.

New podcast! The Escapist Movie Podcast – “Everyone Salutes Judas and the Black Messiah”