Small Town Monsters Debuts First Trailer for ON THE TRAIL OF BIGFOOT: THE JOURNEY 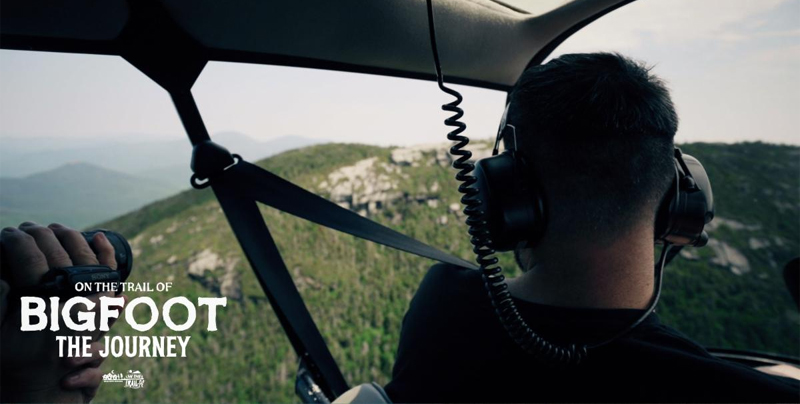 The trip is the newest on the trail of entry. More are planned for 2021

After a hugely successful 2020 with the releases of Mark of the Bell Witch and The Mothman Legacy, Small Town Monsters have announced their latest endeavor: On the Trail of Bigfoot: The Journey. The Journey is the sequel to the miniseries “On the Trail of Bigfoot,” and the cryptic documentary filmmaker Seth Breedlove leads the Small Town Monsters team deep into the Adirondacks in search of Sasquatch. Today comes the first trailer for The Journey, featuring the epic vistas and creepy moonlight investigations the team participated in.

Breedlove and his crew made their way to the Adirondacks, New York State last summer for an intense, adventurous week in search of Sasquatch. The team documented the trip, which included several days and nights in the woods in New York State and western Massachusetts. Their trip was spent with Bigfoot researchers like Steve Kulls (“Monsterquest”) and Paul Bartholomew (Finding Bigfoot, Beast of Whitehall), who led them in search of their quarry. 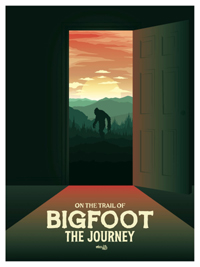 The trip delves deep into the subject of Bigfoot, but also what drives people to spend their lives looking for a creature that many believe doesn’t exist. On the way, they stopped in Whitehall, New York, where an incident occurred in which several police officers alleged they saw a Bigfoot in a field off a country road. The crew had several unusual experiences during their various night investigations near Lake George, Whitehall, and Western Massachusetts. The trip reveals some of that evidence.

In the Footsteps of Bigfoot: The Journey is funded by a Kickstarter campaign kicking off Thursday, February 4th. Backers have the option to add their names to the production credits as well as Breedlove’s other 2021 titles, including a late summer release titled The Howl of the Rougarou.