The Astonishing Adventures of Alfred – A Short Film Review 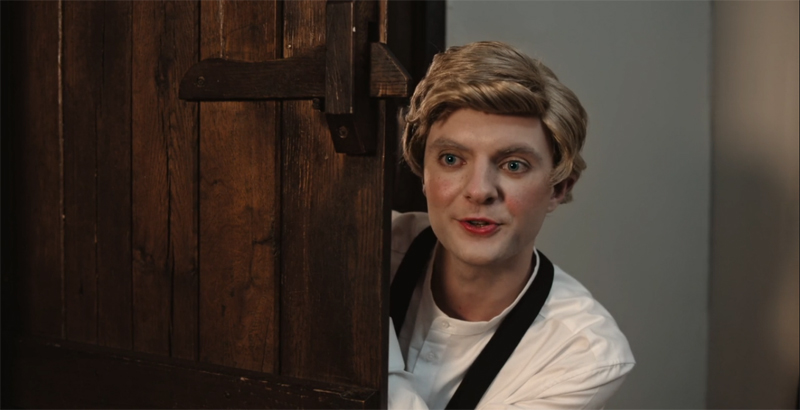 The Astonishing Adventures of Alfred is a fun short film that anyone who grew up watching Enid Blyton’s novels can enjoy and appreciate.

An adult-themed parody of a traditional British children’s television show set in the 1950s and styled as an Enid Blyton-like mystery. What follows is an adventurous young student portrayed by a combination of a grown man and a child’s double who comes into possession of a magical magnifying glass.

Growing up, Enid Blyton was still a big deal to me. Secret Seven, Famous Five, and so many others from Blyton’s catalog of well-known classics were high on my bookshelf as a kid. When this film hit my inbox, it immediately piqued my interest.

If you watch this short film, it’s clear where the inspiration comes from. It’s like this jumped right off the pages of a Blyton novel. The village setting, characters, and language of the 1950s all seem so familiar to me. Anyone unfamiliar with the author’s works may have trouble with this concept, but these people must be few and far between.

What strikes me right away is how well this short film is made. It is polished and presented to a very high standard. Everyone involved seems to have really invested in the making of this film.

The most important thing that makes this successful is comedy. That was a really fun short film. The writing was fantastic, the delivery and timing were top notch, and the physical comedy was well thought out and put together. The dialogue, in particular, with its tongue firmly in the cheek, is so funny that there isn’t a single wasted line. Rory Cargill, who also wrote the short film, deserves praise for his efforts. He made an excellent short film from start to finish.

Director Joe Pearson and cinematographer Joshua Black also deserve a pat on the back. The short film is visually appealing and fun. Some great camera work captures the illusion that Alfred is a young child using some interesting angles that really work. 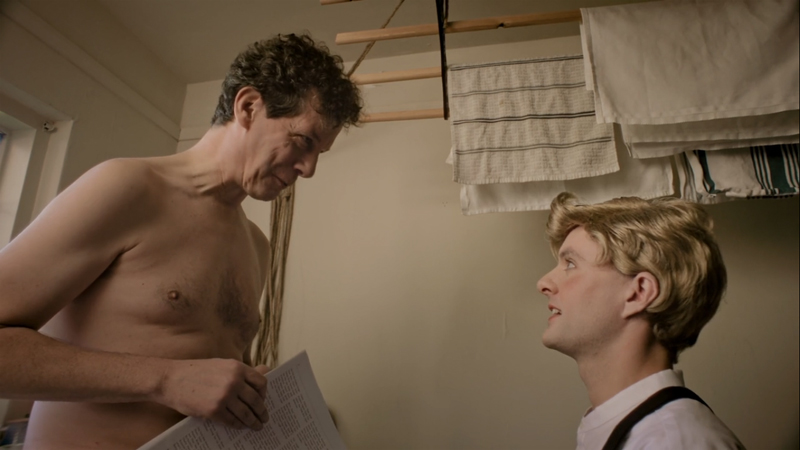 This short film uses every second of its running time, not a moment is wasted and everything has a purpose. Whether it’s preparing something for a later scene, developing characters, or relaying the plot, everything is meaningful and well thought out. Even in the opening scenes, we are greeted with a newspaper outside a shop highlighting a cat burglar at large who feeds into the plot later in the film.

I really enjoyed the way the main character was used almost like Gerry Anderson and turned more to the Harry Enfield “Harry and Lulu” sketches. All close-up shots of Alfred were played by an adult, Rory Cargill, and shots that aren’t up-close are played by Henri Charles, who is a child. Yeah, that’s quite a flashy thing, but it’s all part of the fun of the movie. Top marks for Sasha Prebble on makeup, which Rory made jump off the cover of a Blyton book.

The score that accompanies the short film is a great piece of music that suits the style and presentation. The music was thanks to Tom Rose and he kicked it out of the park. It’s perfect. It does a great job of setting the scene, creating the feel and atmosphere of a movie, and the importance of this to a successful short film is not to be underestimated.

One thing that really surprised me was in the last few moments of the short film, where we are treated a bit bloody, albeit in a comedic way. Nonetheless, this was a big surprise and a little shocking at first as it wasn’t me, I expect it to be at all. It easily felt out of place, or at least took me out of the short film for a few moments as it was a huge shock and really unexpected, and anyone who’s a little bloody might want to close their eyes for a few moments.

Rory Cargill plays Alfred (close-ups). Rory is doing a fantastic job. His excitement exudes as he jumps from scene to scene with all the pomp and circumstance of the character. I think it’s pretty clear that Rory is enjoying every single second of playing this character.

Johnny Mindlin plays Alfred’s father. Johnny has the bravery of a 1950s father who delivers his bold lines with confidence, no matter how insane the situation. Another good achievement.

J. P. Turner plays Father Dawson. Turner deserves credit for playing this character right now. He really comes into its own in the second half of the film, when we see its comedic side.

This short film was so refreshing to watch. The movie as a whole has been polished to a high standard and most importantly, being number one in comedy, it was funny. It looks like there will be more Alfred adventures in the future and I look forward to seeing them. Highly recommended.