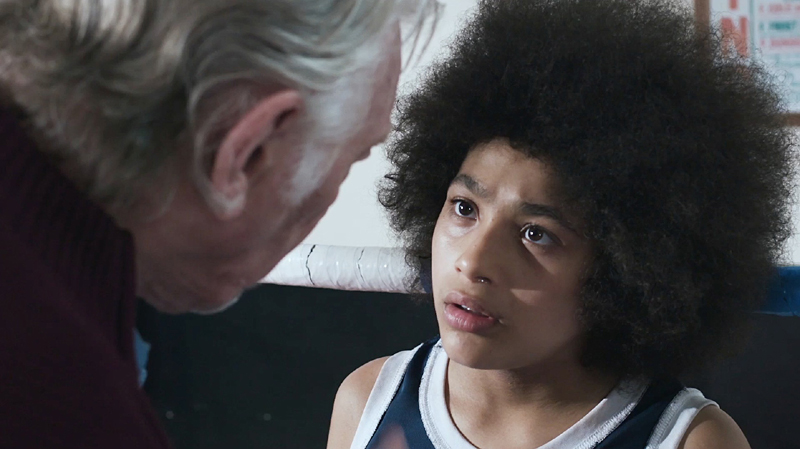 RIOT CLUB is an urban comedy based on the main character Eddie Belmont, a former boxer who now runs a boxing club for teenagers with colleague Barry Rig.

We recently had the chance to chat with Scott Altman, director of the Riot Club, and talk about his upcoming short film.

Hi Scott, thank you for talking to us.

What was the inspiration for your film?

The film is essentially a pilot for a long form project I worked on with writer J. R. Shephard. The plan was to shoot Riot Club to give commissioners and investors a taste of the feature film, what we could deliver, and to get the project off the ground. We have since adapted the story to work as a television series and wrote an entire season in full.

How did you find the talent?

All talent was sourced internally at Defunct Films. We were very lucky that Alan Ford and Adam Fogerty were both interested in the project. I’ve always admired Ford’s acting work and the roles he’s known for. His agent, Malcom Browning, knew we were looking for an actor to play Eddie’s wingman (played by Alan Ford) and suggested Adam Fogerty for the role. Again, I knew Fogerty’s acting well and felt that the two actors were genuinely complimenting each other. It was a great proposition and it meant a lot to have actors of that level on board.

You bring a wealth of experience with you.

What was the biggest challenge in working in a short film format?

The most difficult aspect of the short film format is the limited screen time available. It’s very difficult to get a feel for one character in 10 minutes, let alone seven characters. Otherwise, our budget and shooting times were tight, so we had to film everything within two regular days. This was difficult as we were filming indoors which can take some time to set up, light and realign if adjustments need to be made to me.

Short films are difficult because you have so little time.

What was the biggest challenge in your production?

The most challenging aspect from a personal point of view was the thought of directing seasoned actors like Alan Ford and Adam Fogerty. Ford has a wealth of acting experience and is known for playing intimidating roles such as Brick Top in Guy Ritchie’s “Snatch” and boxing promoter Terry Norton in Steve Coogan’s “Knowing Me, Knowing You with Alan Partridge.” Adam Fogerty, on the other hand, starred alongside Brad Pitt in Snatch, Tom Hardy in Legend and, more recently, Harvey Keitel. At the time, I was quite concerned about the task at hand. When we got started and I shared my vision with Ford and Fogerty, they trusted me and we got along very well.

What do you want your audience to take away from this film?

As with any project I’m involved in, I want the audience to enjoy seeing and experiencing what has been created and produced. As for the Riot Club, I hope the audience finds the story entertaining and the characters and the world engaging. At the same time, I want the audience to recognize the potential of the project and want more. After watching Riot Club, some people have made “I’d see this if it were on TV” comments. Hearing the audience openly react in this way and confirm that they tune in to see a full-length version of Riot Club is a positive sign. Now all we need is for the project to be supported by a platform or a broadcaster and included in production.

Well, I have a strong feeling that it will be! Thank you for talking to us and good luck with Riot Club. I am sure it will be fine!