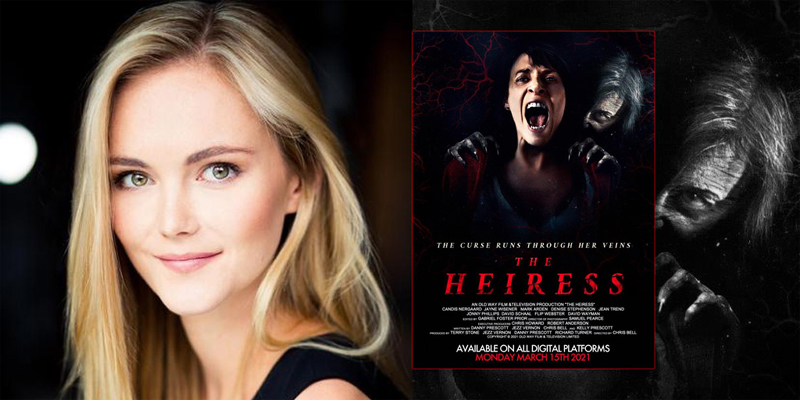 While the supernatural horror film THE HEIRESS will be released digitally from March 15th, the leading actress Jayne Wiseman will talk about her love for singing, dealing with Lockdown and her new drama Glow & Darkness.

Hello Jayne. Thank you for sitting down and chatting with us.

You are starring in a new UK supernatural horror film, THE HEIRESS. Tell us how you got on that part and what attracted you to the script?

I worked with David Wayman a few years ago and he mentioned me to Chris when they were discussing the project. Chris reached out to me and we talked about the project. I was very excited about the concept. I love supernatural horror in general and that was something I hadn’t quite seen before.

Something else is always good.

What was the most challenging part of playing Anna for you?

I found the role to be natural to me. Oddly enough, I was five weeks pregnant when we started filming! I also have a sister, so I understand the dynamics of a close female bond. Probably the hardest part was changing my accent to sound something like Candis!

You have worked in the horror genre before. Tell us about your role in Boogeyman 3?

That was a very small role at the end of the film. But it was fun to be a part of!

Her first film role was Johanna Barker in Tim Burton’s Sweeny Todd: The Demon Barber of Fleet Street. Quite a career start! Looking back, how do you think about the whole experience?

The entire experience was phenomenal. All totally amazing and I am so grateful. However, I was very young and spent a lot of time feeling very overwhelmed and insecure. I wish I had lived in the moment and allowed myself to enjoy it more than I did!

Sometimes I don’t think you realize how lucky you were until the experience is over.

You spent three years in the popular BBC Northern Ireland drama series 6 Degrees. What were the highlights for you?

Oh, I loved doing this show. I got to live and work in Belfast with an incredible cast and crew who became such good friends. 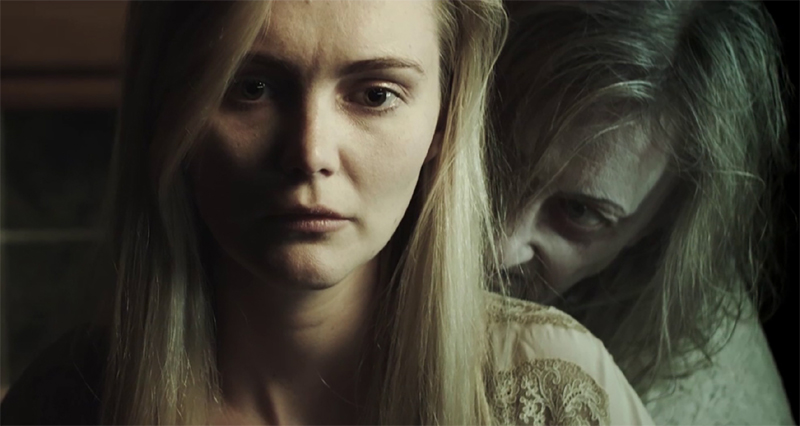 You were born in Ballymoney and raised in Coleraine. Were your Northern Irish roots still important to you in your career choice?

I have always taken every opportunity to work in Northern Ireland. I just love home. So much so that I actually retired this year!

Ah this is great. There is no place like home!

You said you were really proud to play Lauren, the lively school girl in The Inbetweeners. Tell us more.

I was a fan of the show when it originally aired. Since then, it’s been a huge cult comedy with a huge fan base around the world. Over ten years later, it continues to appeal to new generations of young people. I am so proud to have been a part of it.

You are also a singer and have appeared in many successful musicals, including the co-production of Kiss Me, Kate from Northern Ireland Opera. How do you intend to continue this part of your career?

I love to sing and I really miss it when I don’t. Hopefully I will have more opportunities to sing in the future. The pandemic completely destroyed the live theater, which devastated me. As soon as I am asked to sing on stage again, I will enjoy every second.

Hopefully the theaters will come through in one piece. You have been hit so hard by the pandemic.

How did you deal with lockdown?

I was pretty busy during the lockdown as I have a 2 year old son. To be honest, I had massive mental health issues during the initial lockdown last year. Overall, however, I was very lucky. I live at home now so I can bubble with my family. But I miss a lot of people terribly.

I know what you mean. My partner had a baby right from the start of the lockdown. It’s been a tough couple of months going it alone with no support.

What’s next for you

I recently did a lovely role as Beatrice of Burgundy on the upcoming medieval drama TV series “Glow & Darkness” about the life of Francis of Assisi. I’m looking forward to it airing. That being said, I’m continuing with self-tapes and I hope the entertainment industry returns to a normal version in the near future!

Cross your fingers, everything will soon be normal. Thank you for talking to us Jayne.

THE HEIRESS can be downloaded from Monday, March 15, 2021 from all major platforms including iTunes, Amazon and SKY Box Office.