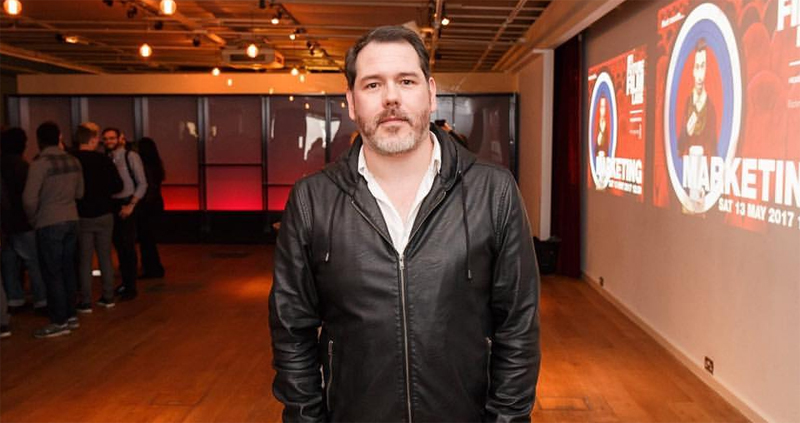 Before the world premiere of his latest film, DUNE DRIFTER, Marc Price speaks about his love for science fiction, his guilt towards Martin Scorsese and the rejection of Dominic Brunt’s offer to direct Before Dawn.

Hello Marc. Thank you for the interview.

DUNE DRIFTER is a big departure from your other films. Always wanted to be a sci-fi actioner?

I’ve always loved sci-fi and have the best time working on action sequences. Putting these things together was a lifelong goal. For a long time I felt that it is important to go through the doors that open for you. The opportunity arose to do a sci-fi on a modest budget. I thought we could do something fun and personal. So we dove in!

Who / what are the strongest influences in the film?

I’m probably pretty mainstream with my tastes. I definitely borrow a lot from Star Wars. The number 47 appears as a small reference to Star Trek and we named the Terran command ship “Valiant” as a small reference to what DS9’s Defiant almost called. But the biggest influences are definitely Roger Corman and Charles Band. I grew up with her films and back then I couldn’t tell the difference in quality between Star Wars and Battle Beyond the Stars. I just watched funny adventure films with lasers!

You certainly have good taste when it comes to sci-fi.

As I got old enough to tell a difference, the kit made an aesthetic impression, and the charm of Corman and Band’s science fiction sets made a strong impression. This kind of filmmaking somehow fits our film perfectly because in terms of budget, that’s exactly what we had to do.

It wasn’t just childhood films. Modern filmmakers have been a huge influence. I planned the 7 day shoot in Iceland as a project similar to what Gareth Edwards did for Monsters. Find great locations and take advantage of them with a customizable script that we can tweak and customize to make the most of the resources available.

Given the ambition and scope of the film, were you concerned about the budget?

Our way of making this film was a little unorthodox. Michelle Parkyn (producer on Dune Drifter and Nightshooters) had set the budget before I wrote anything. So I was able to write based on what I think we could realistically achieve. As always, I pushed it a little further. But with people like David Ross working on the space battle, George Davies on sound design with Ben Baird mixing and a breathtaking score by Adam Langston. I was confident that our post would be in safe hands.

You have put together a great team!

We could only afford a small crew, which made the short Icelandic shoot a little difficult to get through comfortably. But they took an inspiring stance: “If we can do this, every other movie will feel damn easy!” How can that not be inspiring? From costumes and sets to practical effects, we’ve expanded the budget as much as possible. The starfighter set was built in my living room and stayed there for 6 months.

I bet that was a talking point in your house.

The action and fight sequences are very tense and entertaining. How important was the editing process?

The action sequences are usually my favorite scenes and I got a kick out of the variety of action the film allows for. I would send our miniature guru (David Ross) pre-visualized sequences that I would cobble together in front of a green reflector with an A-wing for the Starfighter and a Cylon Raider for the Drekk Cruisers. Then I would have a few drinks with Dave and work out the recordings more precisely on his laptop.

The fights on the planet were choreographed by Marcus Shakesheff, who designed the action for Wonder Woman and Krypton. While he was working on Season 2 of Hanna, he invited me into this room, which was filled with boxes and built on the sequences from there.

You managed to include serious talent in this film. It definitely shows in the quality of the film

Has COVID hindered the production process?

It has forced our hand in some areas. We had to make the film in such a way that the number of VFX takes after production was minimized. We printed a background of Iceland for any footage we needed to bypass my flat, used rear projection for everything in the flight sequences. The monitors and holograms in the film were all recorded practically or with some sort of “Pepper’s Ghost” technique. It definitely helped. In the end we only had two green screen shots. The effect, especially with projection, is that the VFX that can be seen outside of a starfighter’s window needs to be run before we shoot the actors. So these stayed until the end. And then Britain was banned!

We had to rethink a few critical moments, but the post-production team also had plenty of time to move things forward. Phil Wray and Ollie Pajtra could spend more time on their recordings, George Davies had time to create even more interesting sound effects for engines or laser beams. 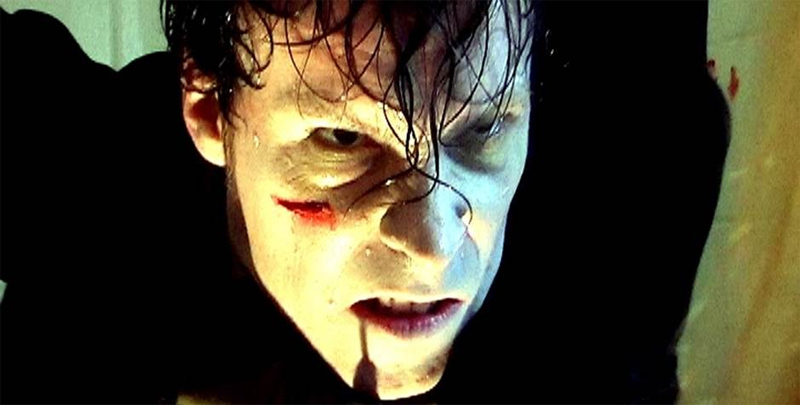 You caught everyone’s attention (including Martin Scorsese) for your affordable zombie horror COLIN for the first time. Did the success surprise you and how did that affect your career?

It was a complete surprise. The press attention was confusing because from my side I had done nothing different from other filmmakers. I only looked at what I had available and made the most interesting film with what I had. On a professional level, Colin always helps. Michelle is grateful for the Scorsese quote! It’s all over our pitch decks and enough people remember Colin to pay a little more attention to our ideas.

We were on a budget this time around, but Dune Drifter was made similar to Colin. We had to build a starfighter set in my living room. We were deep in the mail when the Covid restrictions came in, which meant everything was taken care of in my bedroom again. It was nostalgic and also a bit scary to look inside and say, “I’m in the same place as I was 10 years ago!”

You have a very strong historical connection to FrightFest. Does that mean a lot to you?

Absolutely! Frightfest had seen Colin before a press piece about the budget of the film surfaced. Ian (Rattray) immediately said they’d love to show it off this summer. I couldn’t understand why! It was just a small bedroom movie so the support came as a big surprise.

Was it at FrightFest that you met Dominic Brunt, who produced your film MAGPIE?

I met Dom at his own horror festival in Leeds. He showed COLIN and invited me to introduce the film and finish off a short Q&A with beer in between. It was an absolute blast. I got along with Dom and Mark Charnock. I met Jo Mitchell and we bonded through a love of film.

I was waiting for funding for another project. Dom and Jo offered to throw something in that pot and I knew any money would be swallowed with no guarantee that we would end up with a movie. So I suggested doing MAGPIE with it and her reaction was lovely. It’s a rare generosity that you just can’t find in the movie.

I now remember Dom asking if I would direct before dawn. But I could see how excited he was for the movie, so I suggested that he think about directing. However, I’m not sure I had any influence. I would like to think I did, but the reality is, you could see that spark in Dom’s eyes when he talked about it. This clarity of vision. There is no alternative dimension that Dom has NOT directed them into. And he was far more successful at bringing projects together than I was.

How did you deal with life under COVID?

It was mostly juggling mail for Dune Drifter or, more recently, contracting pitch decks for new projects. I spent a week writing a script after an exciting opportunity fell into our laps after Michelle’s diligent production, but it was work-driven. It was only last month that I sat at home twisting my thumbs.

I think it helps to be busy during the lockdown. Time goes by much faster.

What was your favorite horror movie of 2020?

I’m friends with Rob Savage so I may be biased when I say host. But enough people love to know that I was right about that! Another movie I saw a few times on Netflix was Hole In the Ground, which was directed by Lee Cronin, another friend of FrightFest. I can only recommend this film! It’s fantastic and tense and compelling. Lee is doing the new Evil Dead movie and Hole in the Ground is a strong indicator that we are waiting for something special!

I put this question to Michelle in an exciting way! We have funded some projects and are ready to go. I just have to write it. I’m passionate about everyone and whatever is best to get started will be our movie. We have two action films and one drama. After the logistical acrobats doing science fiction in my apartment during a pandemic, it all feels like much easier projects!

I am sure it will be you! At least if it ever happens again, you will be very familiar with movies in your home! Thank you for talking to us, Marc. It was a pleasure!

DACA recipients are suing the US for travel permits