An Interview With Filmmaker Ricky Townsend 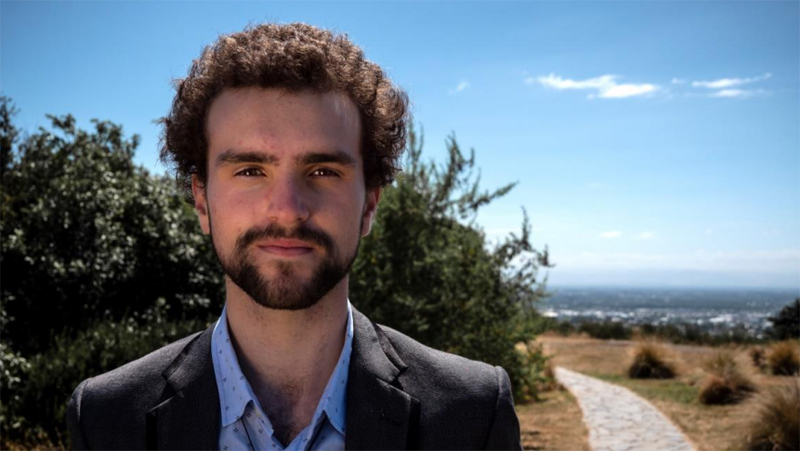 We recently had the chance to sit down and chat with Ricky Townsend, the man behind the excellent short film Truth.exe. Ricky is a young filmmaker from Christchurch, New Zealand. Ricky is an arts student specializing in film at the University of Canterbury’s Ilam School of Fine Arts. He is also aiming to study art in philosophy.

Hi Ricky, thanks for chatting with us.

What was your inspiration for the film?

The film takes place in a fictional lore that I have been developing for several years and hope to explore more in future endeavors. Wanting the opportunity to see this universe on screen for the first time, I worked to find a story in lore that was both practical and fascinating to explore. The lore about this universe has some influence from the Lovecraftian lore of the fictional SCP universe and the scientific work of the Swedish philosopher Nick Bostrom. The universe depicted is a hypothetical theistic reality compatible with the scientific and materialistic. As a former theist from a young age and a current agnostic atheist, I found that bringing this universe to life on screen is something very personal. Of course, what you see in TRUTH.exe is only a small part of the world.

Wow! More from this universe? That sounds very promising! We will look forward to it.

The film was originally produced for one of my sophomore film assignments at the University of Canterbury, School of Fine Arts. Although the project is a student film, I wanted to make sure that not all of the negative connotations associated with student films were present in the project. Because of the effort and resources my team and I put into the project, filming became more than just a college assignment, and then I decided to turn it into a fully fledged short thriller.

You excelled on this project. You wouldn’t believe it was a student film. The quality is fantastic.

How was this short film shot on a budget?

Making it seem believable and big when you don’t have a sizeable budget to work with is a daunting challenge. This was something I thought about before even choosing which story to tell. Put simply, when I don’t have the budget or the resources to make a believable film about alien intrusion. Don’t make a believable movie about alien intrusion. Choosing the right story was a big part of the process. I knew it had to be a film that implied a lot and held its cards close to my chest. We also had to be open to unorthodox film techniques. For dolly shots, I would have the camera in my hand while one of the crew members pushes me around in a wheelchair. It’s silly to watch while filming, but it works. It even gave me the flexibility to shoot in ways or places that we couldn’t with a traditional dolly track. Only such little things have allowed us to bring this story to life without a huge budget.

I think you picked the right story. Guerrilla filmmaking is what independent films are all about!

Why did you choose to tell the story like this?

I wanted to see if I could make a science fiction materialistic world seem like a mysterious supernatural one. How can I, to put it simply, test Arthur C. Clarke’s third law, “Any sufficiently advanced technology is indistinguishable from magic”? That’s why I didn’t want to reveal too much about this fictional world. The neo noir genre appeared to be an appropriate genre to investigate this idea because of its historical association with information, mystery, and the quest to uncover that mystery.

Well you did it from Ricky. Well done! And good luck with the short film. We think great things are ahead of us.

You can see the trailer for Truth.exe HERE.

An anime beauty with tyrannical beasts