An Interview with Extant Creator and Writer Mickey Fisher 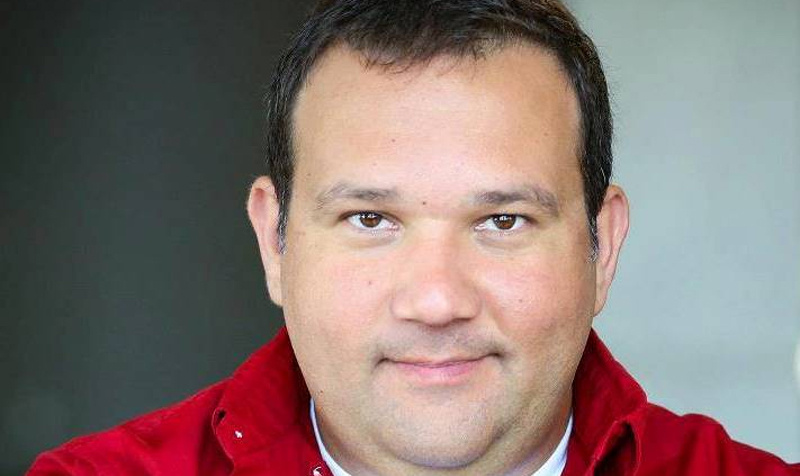 Hello Mickey, thanks for chatting with us.

Did you know at a young age that you wanted to be a writer?

From the age of five or six, I wanted to be an actor. Visiting STAR WARS is one of my earliest memories, but I didn’t quite understand what I was really seeing. At one point someone explained to me that Fonzie wasn’t really the guy, he was an actor pretending to be a character on HAPPY DAYS and I thought that sounded like the coolest job in the world. I went to the College Conservatory of Music in Cincinnati to study musical theater, and it wasn’t until I got there that I really started to write. A life of love for movies and television poured into plays and scripts, and when I left college I wanted to be a writer as well as an actor.

When did you get the idea for Extant?

The idea for EXTANT began as a play. I realized: “Nobody plays science fiction. Why not? It can be inexpensive, small cast, cool set, maybe some projections. “And I started to think of an astronaut who was on a solo mission in space and started hallucinating people from her past. Then I saw a movie I loved called MOON and there were similar elements so I put it down a bit. When I moved to Los Angeles in 2011, I started thinking about what kind of original pilot I wanted to write, and I followed one of the most important pieces of advice you get as a writer: “Write the show you really want to watch.” thought about it, the show I really wanted to see was about this astronaut.

So the idea for EXTANT had been with you for a long time.

It’s an amazing story about how it was produced. Can you tell us all about it?

I had moved to Los Angeles after a few years in New York and I didn’t know many people who worked in the industry. After writing to the pilot, I didn’t have much choice of what to do with it. I went to a competition called The Tracking B TV Pilot Contest and actually came in second. However, the top prize of the competition is that they try to put your script in the hands of agents and managers.

Within two weeks I had a manager and had signed with WME, one of the largest agencies in the world. They represent Amblin Television, the TV side of Steven Spielberg’s business, and their first suggestion was, “We think we should send this story about aliens and robots to the man who does it best.” I freaked out that this guy I’d been a fan of most of my life would even read my name on the cover of a script, let alone do the show. But then he wanted to do the show! They hooked me up with a showrunner, we released the pitch and script in nine different locations, and CBS ordered it direct to series on my 40th birthday. I was the proverbial 20 year success story overnight.

Impressive! This is such a great story! It’s crazy how quickly things can happen and so inspiring to every aspiring writer out there!

What’s it like working on a series that Steven Spielberg is tied to?

I am an Amblin child. I grew up right in the sweet spot for all of his films. I have E.T. It kept coming out in the summer, my dad and I watched RAIDERS OF THE LOST ARK one after the other on the opening weekend. I have pictures of myself wearing JURASSIC PARK t-shirts the summer it landed. It was surreal and scary and super cool and so much fun all in one. He was very involved throughout the process of starting the show, from overseeing the design and casting to weighing up all of the scripts. The first day he came on set, we were shooting at Culver Studios. We were all standing around talking to him and he only mentioned casually, “We have part of E.T. on this stage. The ship was right over there. “I will remember that moment until I die. This will be my “rosebud” from Citizen Kane, where I lie on my deathbed and show, “The ship was over there.”

Did you write it with a cast in mind?

I didn’t really have a cast in mind when I wrote it. I knew the qualities I wanted in actors, and I knew that for Molly we needed someone who was smart and soulful, someone who wasn’t afraid of going over the edge, but also someone you could be yourself for immediately decided. Basically, I have described Halle Berry.

What did you think when you heard that Halle Berry was cast on the series?

My first thought was, “Please don’t let’s screw this up.” From the moment I heard her name, I couldn’t imagine anyone in the role. Another dream come true. It was a good choice creatively, but it also got a lot of attention to the show because it was on TV for the first time in many years. ”

What was it like when you first stepped on the set and saw the cast and crew bring your words to life?

There’s nothing like the feeling of sitting down with a blank piece of paper, thinking up a house and space station, and then seeing hundreds of talented artists and craftsmen bring it to life in a three-dimensional space.

The only way to describe this is by giving you the opportunity to walk around within your imagination. One of my favorite things to do during recess was taking my laptop with me, lying on the floor of Ethan’s bedroom, and writing my next episode. I called it “method writing”.

Well it doesn’t get much better than walking around in your own creation. 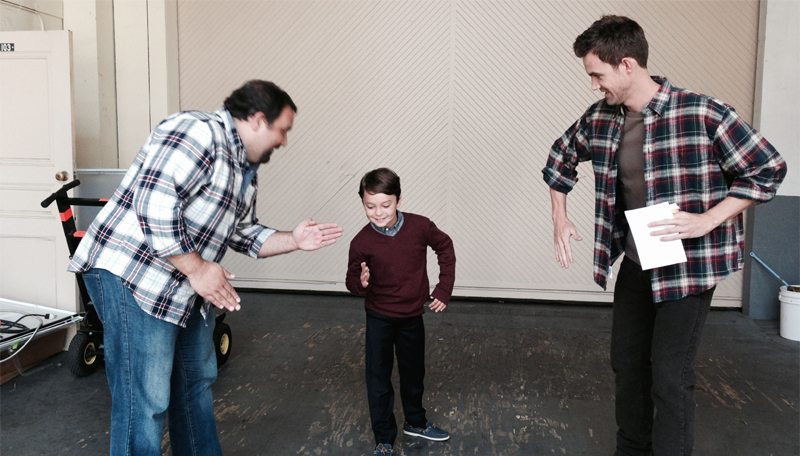 It has a great cinematic feel to it. How busy were you with the look and feel of Extant?

I was very involved with season one showrunner Greg Walker, but much of the credit for this goes to our pilot director Allen Coulter, our DP M. David Mullen on season one, season one production designer, Cabot McMullen, and the rest of the team. And of course Steven’s insight and direction. One of the cool things about season two is that the look of the show evolves, which is organically based on what happens to the characters. The season two team was all new from the show runners to the designers and cameramen, and we set out to capture a new look and style that went with the more earthy, meaty, and driving direction of the story. It feels like two different chapters in a longer story, each with its own look and feel.

Yes, every season definitely has its own feeling.

The show has a very strong following worldwide. Are you surprised?

YES! I’m thrilled that it’s still alive out there in the world. This is a crazy business in that you spend so much energy and time making these things and then you have to move on. I have so many great memories of the show and it gave me the chance to build a career that will last eight years later. Knowing that there is still a chance that it will spark someone else’s imagination around the world means so much.

I think it has to do with the quality of the show. It’s just as easy to see now as it was when it first hit our screens.

What advice would you give aspiring writers?

As a new writer, you typically get two pieces of advice. “Write What You Know” and “Write The Show You Want To See.” My voice as a writer clicked when I put these two pieces together. EXTANT was about “what I know” by addressing questions about what it means to be human, empathy, love, loyalty, mystery and certainty, but I put all of that into just the kind of show that That I’d go in one day I would say take all of your dreams, desires, fears, passions and introduce them to any show or movie that you would be in line for.

Many Thanks. This is great advice to any writer reading this!

Do you think there is intelligent life outside of our solar system?

One hundred percent yes. I hope that in my life we ​​will at least learn that there is evidence that life once existed on Mars, perhaps in the form of microbes in the ice. I don’t know we’ll get evidence of intelligent living, but I think it would be pretty arrogant to think we’re the only ones who made it this far.

We fully agree with that. We are not alone.

What is Mickey Fisher working on right now?

Right now I’m co-writing a pilot script for Netflix based on a novel called FIREKEEPER’S DAUGHTER that came out recently and has a few other pitches for new things in the near future.

Sounds exciting. We’ll keep our eyes open for it

Thank you for talking to us Mickey. It was a blast and so insightful to learn all about how EXTANT was made. Good luck with FIREKEEPER’S DAUGHTER, we look forward to it!

EXTANT will air on weekdays from May 11th at 8pm on the Horror Channel.