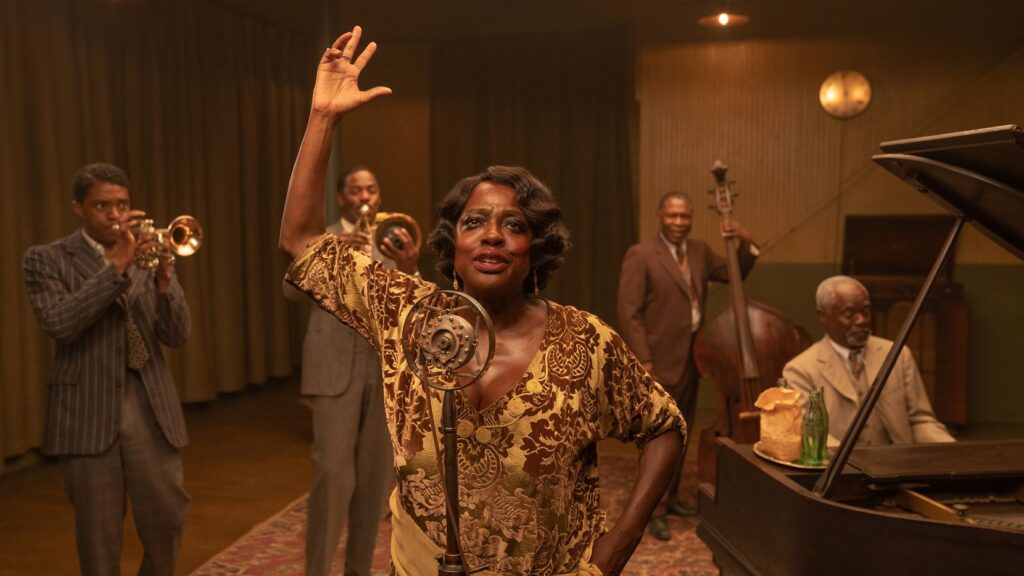 Getting that onto the canvas was a matter of time. However, the result seems to be more of a quick celebration of acting skills. The story is there for you and its twist is still shocking no matter the format. But Ma Rainey’s black bottom will unfortunately be forgotten in a few years. It will only be remembered because it plays the main role Chadwick Boseman in his last role.

Ma Rainey’s black bottom tells the story of a band that gathers in a recording studio to record Ma’s latest album. She is an influential and powerful blues singer. Her demeanor defies and her personality has just as much power as her voice.

But there is a clash of egos in the studio. Trumpeter Levee tries to break away from the band’s style and do his own thing. His buddies don’t believe as much as he does. If Ma is late and rehearsals have to start, we get to know the musicians and their turbulent past.

Ma finally arrives and some news with her. She would like to make some changes in the session. This creates a problem with the producer, the rest of the musicians and Ma herself. She won’t stop at anything.

The key role of the film is that of Ma, played by Viola Davis. It has a presence that is hard to miss. Her clothes and makeup are extravagant and loud like her voice. They understand the reasons for their position. The presence of Colman Domingo and Michael Potts is inexplicably wasted on Boseman. I get the reason, but they feel more like complements if they should have been the main actors in the movie’s power struggle plot.

I found the setting more interesting. The conflicts of the men behind Ma’s voice. Their stories are incredibly connected to the sound they make with their instruments. The film moves at a fast and dynamic pace and this becomes very evident in the first act of the film. The problem is when the film has to overcome its basic premise. Aside from a powerful duo stretching out their heart, it has little direction. But what’s the use of acting without a compelling story behind that phrase? The film has a very dramatic ending that speaks directly to the demons of our past. But did I feel it? Not really.

If I had to explain the film, I would certainly give the reasons for the blues and its original and heavy sound. Ma Rainey’s black bottom is a collection of scenes that serve as essential parts of a composition about the origins of the blues. Yes, there are stories there and they are worth listening to.

A new translation by Ben Dykes