Brighton – The Day Trip From Hell 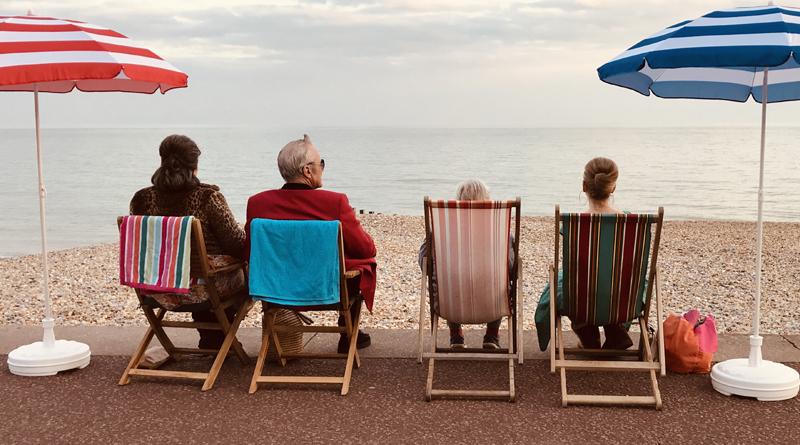 CK Films, in partnership with Red Rock Entertainment, today announced the digital release of its award-winning film BRIGHTON, starring Larry Lamb, Marion Bailey, Lesley Sharp, Phil Davis and Adjoa Andoh, directed by Stephen Cookson and adapted by Melanie Harris and Stephen Cookson for the original stage play Brighton Beach Scumbags by Steven Berkoff. The film, which has received multiple awards at film festivals around the world, will be available on DVD from June 7, 2021 and on various digital platforms such as Amazon, Apple TV and Google Play in the following weeks.

A typical day in Brighton in 2005 with two working class couples – Derek and Dinah, Dave and Doreen – taking a day trip to the beach. But Brighton is changing and the friends can’t keep up. The result is a vengeful act of violence that exposes the gaps and similarities between class, gender, and sexual orientation.

The concerned characters have lived in a bubble for far too long and when they return to the place where they met their partners it is a dramatic shock that Brighton – the city they knew and loved – is not the same. Brighton sympathetically explores the mutual misunderstanding inherent in the middle and working class divide. This comedy / drama, set in 2005 and 1960, is just as relevant today as it was then.

Larry Lamb was born in East London. He is best known for his roles on Eastenders (BBC) as Archie Mitchell and as Michael Shipman in Gavin & Stacey (BBC). Lamb’s first major role was in the early 1980s when he and Kate O’Mara became a regular cast member on the BBC series Triangle. His other TV credits include The New Avengers (ITV), The Professionals (ITV), Minder (ITV), Lovejoy (BBC), A Touch of Frost (ITV), Our Friends in the North (BBC), Taggart (ITV) and Kavanagh QC (ITV). In 2015, Lamb joined the cast of New Tricks (BBC) when Ted Case succeeded Gerry Standing, played by Dennis Waterman. Lamb’s films include Buster and Essex Boys, as well as a small role in the 1983 blockbuster Superman III.

Phil Davis was born in Essex. His breakthrough role was on the BBC Play For Today Gotcha in 1977. No stranger to Brighton, he starred as the unfortunate Chalkie in the cult mod film Quadrophenia. After Quadrophenia, he landed the role of midshipman Edward “Ned” Young in The Bounty (1984); Co-star Daniel Day-Lewis later rated him as one of his greatest inspirations. He appeared on the TV series To Have and to Hold (ITV) with Amanda Redman. As a permanent contributor to Mike Leigh, he has starred in High Hopes and Vera Drake. His other film appearances include Alien 3, Notes From A Scandal and Riviera. He has been seen in television roles mainly as a disreputable character, including the middle moneylender Smallweed in the BBC adaptation of Bleak House, Jeff Hope, a murderous taxi driver in the first episode of Sherlock (BBC), the lawyer for the criminal family Micky Joy in Silk BBC) and Jud, the Malevolent Servant in Poldark (BBC) 2013 he played the human incarnation of the devil in the fifth and final series of BBC Three’s Being Human. He also starred alongside Rupert Penry Jones on the BBC television series Whitechapel. From November 2017 to February 2018 he played Ebenezer Scrooge in David Edgar’s new adaptation of Charles Dickens’ A Christmas Carol for the Royal Shakespeare Company.

FROM THE STAGEPLAY BRIGHTON BEACH SCUMBAGS BY STEVEN BERKOFF