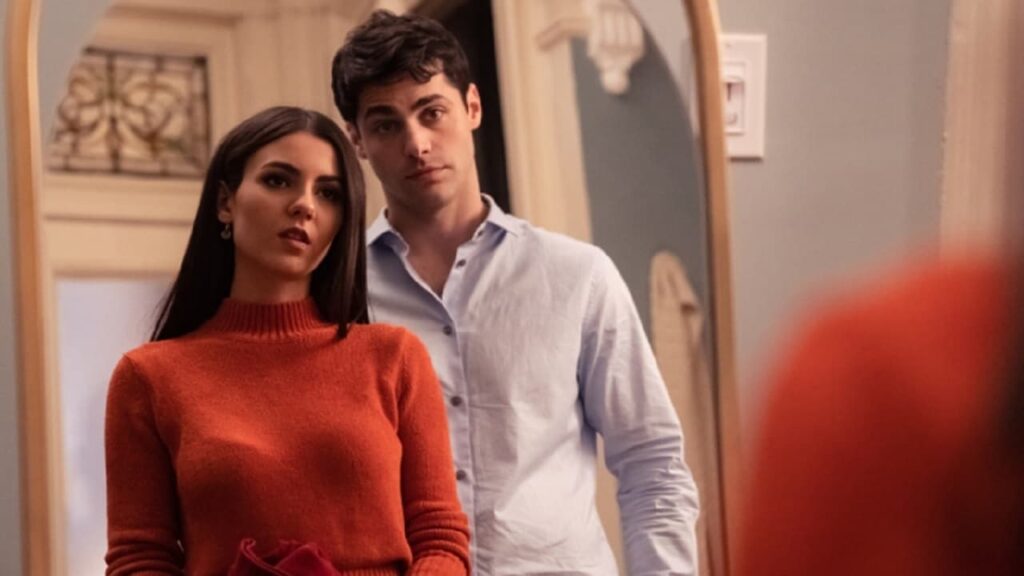 Trust. What a word. A ridiculously twisted element of human relationships that can mean different things depending on the type of agreement you have with your other half. In the end we are human, and no matter what you say, we are part of nature itself. We will act on instincts.

A movie like trust has all the tools to make you feel uncomfortable even if you don’t identify with the beautiful people who make their lives in New York City. We don’t live their lives. And we probably ever will. However, when we undress, we are part of a larger organism. One that feels and lets people decide. Some of these choices are terrible.

In this quick story of boundaries that should never be crossed, we face an important reality: people are cheating. The reason is the strain of a rare and honest indie film that somehow manages to touch an inner, primitive and tender part of us.

In New York City, a beautiful couple seems to be at the height of their lives. Brooke owns an art gallery and her newest client is an explosive painter with lustful movements and too much posture. He walks past her in front of everyone. She refuses every time. Brooke’s husband, Owen, is a news anchor who admires his wife and supports her whenever he can. Your relationship is stable. You are actually looking for a baby.

But they are characterized by a different pace. Brooke gets a text message from the painter after midnight, and Owen notices it. He actually leaves his house in the middle of the night after an earlier discussion. When Brooke leaves for work in Paris and Owen stays at home, he meets a girl in a bar. She is suspiciously head-on with her intentions. In Paris, Brooke is tempted to be close to the painter.

But some things are not what they seem. Definitely not. Behind the wrong intentions, suspicious looks, and terrible lack of trust, a couple faces the most painful distrust imaginable. And they took it on themselves.

The surprisingly good thing about the movie is how simple it is. And it should be. Sure, the setting looks chic and some elements are unrealistic, but that doesn’t change the dark nature of a plot. We understand that infidelity is inevitably portrayed or implied in the film. But if one delves further into the character study of the second act, events are revealed that leave us looted into a pessimistic and desolate environment. You’ll wonder if this can happen to you, and I’m sure the script had to make us feel that way.

Also, there is no good or bad side. Morality is not part of the equation, and ethics seem to drift far in a technology-ridden world. Yes, the things you swore you would never do appear perfectly normal in the movie. But let’s face it, even if you swore you never would, you actually did.

in the trust, Brooke and Owen make a terrible version of themselves. They even broke the mold they initially presented and hastened the downfall of their relationship. Recovery is always possible, but honesty must come first and sometimes the truth is just unacceptable to some. There is no real consequence or moral that applies to the story. This is just one more step in analyzing a story that we have dared to go beyond its cookie-cutter principles and portray something real. Maybe we didn’t all cheat, but we were all tempted to do so. Sometimes this intersection is a crucial point in assessing a certain direction in your life.