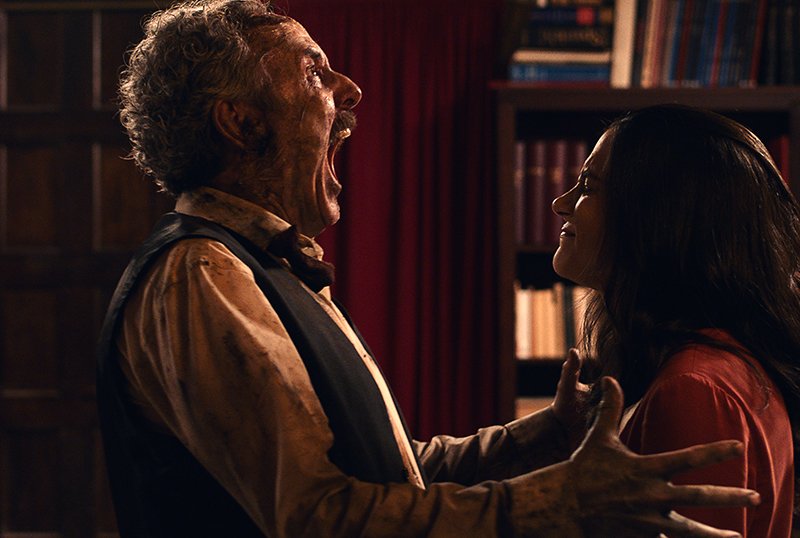 In the rocky territory of horror comedies a gem like. Find Too late feels like we’re part of an Indiana Jones movie and we’ve just stumbled upon sweetheart. The indie comedy with a touch of horror is a proud statement of originality beyond all clichés that the film could contain and does without it. It’s unexpected, intelligently written, and insanely funny. Should you expect anything different from the genre?

And even if the duo could stay behind the camera (more on that later) in a cozy zone and withdraw and let comedians do theirs, their personality is just important. The script for Too late digs deep into something more traditional than you think: the competition of the underdog trying to make something out of a life that seems too boring to matter. In this honest insight, the comedy works, and with a horror backdrop Too late arrives with confidence as an indie trainer of pure talent.

The LA comedy scene isn’t easy. There is competition everywhere and sometimes you have to rely on your friends to actually get a gig. That means 5 or 10 minutes behind a microphone in a small cafe with six people watching and evaluating you. Yeah, not easy. Violet books little comedians in a café and tries to survive. She also works as an assistant for the owner of a larger town, which also functions as a talent factory. Your boss is a disgusting and needy man.

He’s a monster too. Literally. Violet has to find food for him and he likes young people. She has to attend to his needs, her phone rings all day and her best friend says she has to quit her job and try to be happier.

Violet meets Jimmy at a party. He’s a struggling comedian too and the spark comes right away. Violet falls in love with him. But it doesn’t take long before her boss, Bob, notices him and tries to lure him over. Violet knows his plans and tries to get Jimmy away and keep her wits about it. Alyssa Limperis does a great job portraying the hero of this little adventure. Your attitude is the one that drives film at all times. Violet is a fantastic character.

In this horror rom-com vortex of people telling great jokes Too late works as a logical and emotionally precise film. It’s a contemporary film. It tells the story of a woman who was attacked by a lifestyle that she doesn’t respect at all. She is almost attacked by a guy and her reaction is despair, anger and ultimately revenge. We understand her and why she behaves the way she does. And even if the movie is 80 minutes long, the transition from those dramatic looks to a wonderfully entertaining movie feels natural and very well staged.

Two geniuses behind the camera. A couple called team D. W. Thomas and Tom Becker who combine their influences and talent to create a unique film in today’s genre-less indie cinema. I say “Thank you” from the bottom of my heart.

Sometimes we want to laugh. Sometimes we don’t. And sometimes it’s just inevitable. Too late turned a busy week into something different. It drove me to create. Looking for a better version of me, even if it was because of the myriad of clever jokes the film contains. In a sweet act, I found really effective comedians who do their best and a woman who believes in them. I would have loved to see more of the supporting cast develop their own characters. But I also understand the basis of the script and the small budget spirit of the production. More screen time is more money and maybe a little over the top.