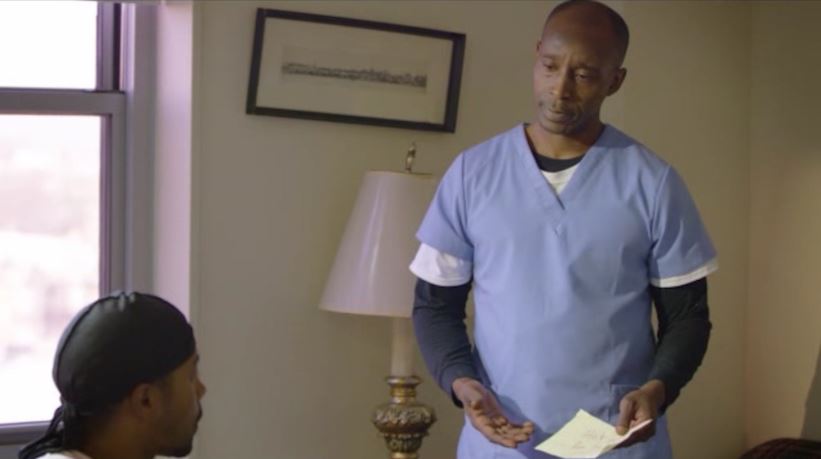 Movies like steps can often be misinterpreted as warning stories about a reality that is unfortunately ubiquitous in today’s society. I’m not trying to downplay the massive impact of these films. But I think the intent is beyond an effect. At the end of the story, whether fictional or real, there is a human element that, if well portrayed, is accidental. This randomness creates a sense of self-confidence in the viewer that is far too important to put aside.

steps is the story of a man who one day makes a choice. He trips and takes a few steps back, but his decision is blunt. It matters why he does this. Showing human progress in an honest way is not something we are used to watching. Formulas apply to the common men who will one day become heroes of all those around them. in the steps Heroism is not generic. It is a quality for those who dare to welcome forgiveness to others and to themselves.

Brian is a man who should be grateful for everything he has. One day he is shot in a robbery and although his survival is a miracle, he becomes an alcoholic. An episode of violence with his pregnant partner triggers a spiral from which he can no longer get out. He becomes a homeless alcoholic with no perspective whatsoever. More than a decade goes by and Brian can’t change.

One pastor, however, sees more in Brian. He welcomes Brian to his church in exchange for doing some chores. Brian cleans up and finds a job. His life has changed. The new job immediately presents him with a difficult decision that leads him to welcome forgiveness into his life. It won’t be easy for him.

With the tough struggle and emotional eddies, there is a new opportunity to explore his past. Definitely worth it, but not easy as the traces of the past may not be easy to erase.

These are stories about human limits and the unforeseen struggle that comes when you reach them. There is nothing but continuous self-study of social clauses that cannot evolve as crime is a terrible but accepted fact. In the middle of the worker and his surroundings. The family and the need to keep loved ones close and away from danger.

Forgiveness is not commonly seen as a necessary step towards growth and tolerance. And with steps You can’t help but feel part of a bigger message, one that goes to the extreme in the film. It might not connect, but if Brian did then why not? Morality is part of the movie and not what I expected. It was the peaceful movie that I think I needed.

steps is an example of realistic cinema that manages, with a simple act, to connect with the audience via an emotional channel that never fizzles out. Good performances and chemistry-based interactions between characters are good for the pace of the film and it never gets boring, despite being on for almost two hours. steps contains a touch of humor that I just felt was important. Or maybe it was just well thought out.

To make a film like this, you have to know your surroundings well enough to stay in an authentic setting. Rob Morgan as Brian is a dramatic force who creates a connection rarely seen in realistic cinema. He’s awesome in the movie.

Even if steps fictional, you can’t help but feel like it speaks to you directly. A fine film!