Camille Grammer did not buy Erika Jayne‘s emotions during the Wednesday night episode of The real housewives of Beverly Hills.

Amid the series’ latest episode, Camille took to Twitter where she questioned the authenticity of Erika’s tears before calling the cast hypocritical for their treatment of Denise Richards and admitted to feeling as if Sutton Stracke was targeted in season 11.

In yesterday’s episode of RHOBH, Erika got very emotional and burst into tears when she talked about her marital problems. At one point, viewers were able to see Erika’s mascara running down her face – something that Camille and some of the viewers found strange.

I’m at odds with Erika’s part in this whole mess, but I can’t stop thinking why she didn’t use waterproof mascara #RHOBH pic.twitter.com/13bjWyYy1Z

“We shot in the Bahamas in season 9 and we all swam in the water. I don’t remember seeing it [Erika Jayne]’s mascara runs underwater after swimming. I’m just saying, “Camille tweeted on July 15th along with an emoji of a woman fighting.

As their tweets continued, Camille replied to a fan who wanted to know how Camille was about the way of the RHOBH Performers treated Erika this year, unlike Denise last year, amid rumors of their affair Brandi Glanville.

Then after another fan asked Camille if she thought it was hypocritical that the cast defended Erika after “quickly following” Denise last year. 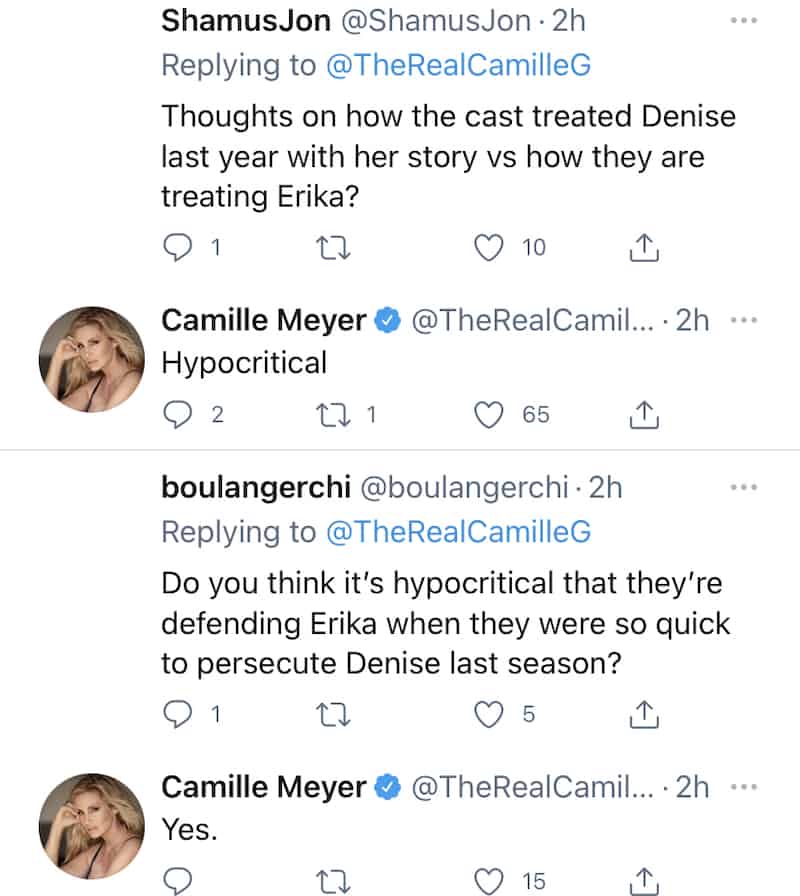 Another fan wanted to hear Camille’s thoughts on the recent episodes which showed a lot of drama between Sutton and Newbie Crystal Kung-Minkoff, and a Sutton meltdown.

“I sympathize with her,” replied Camille. “It’s like she knows there is a target on her back and doesn’t want to be in that position, so she says I can’t do that. This could be why she seems more angry / emotional after seeing what happened to Denise.

“Wait. Which YOU do you mean? Erika? Kristall? Or Sutton?” Asked a fourth fan in response. 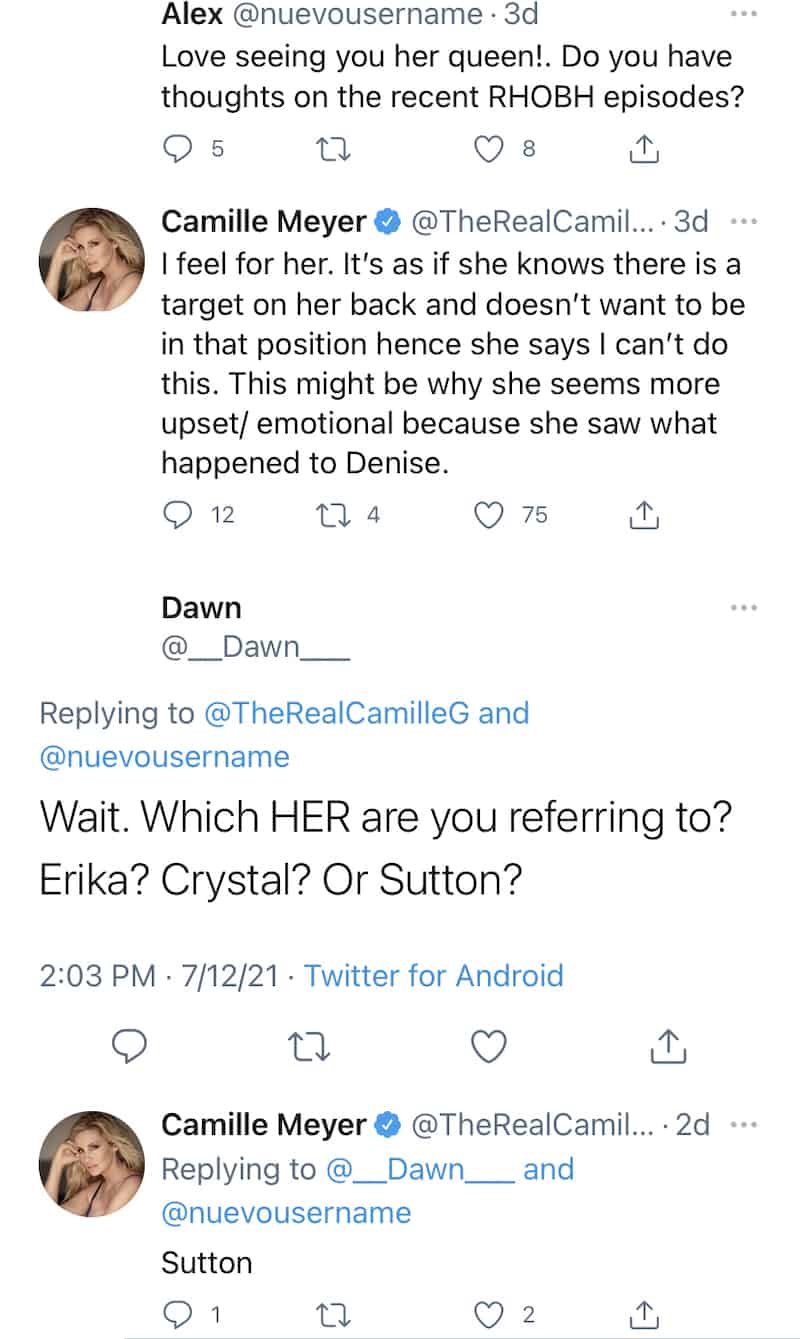 Priyanka Chopra and Nick Jonas just had a baby