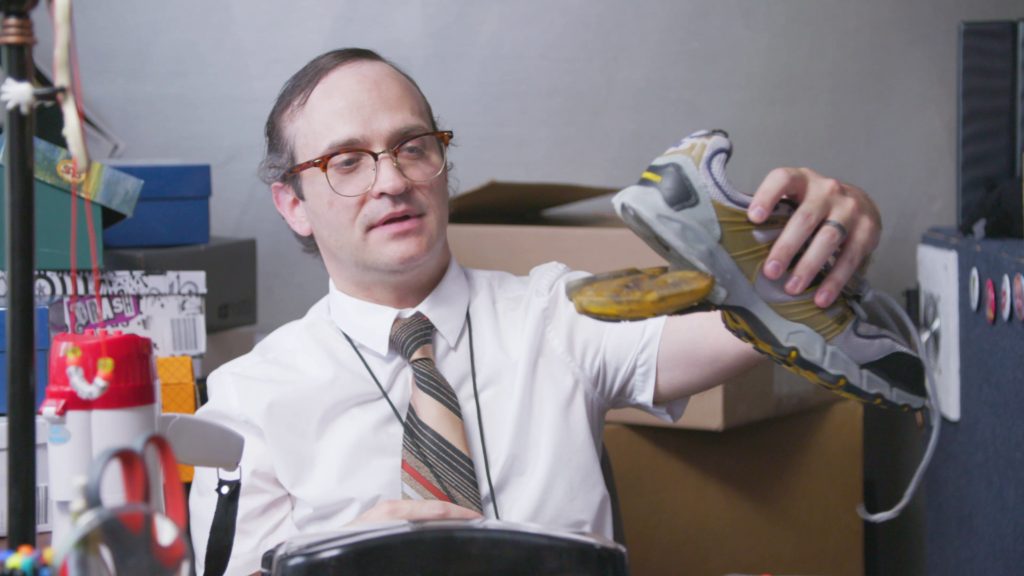 I love movies that make me react in an “I’ve been there” way and that’s something you would say, it’s common, but it’s not. This is less common in comedy films.

That is the reason why marathon starts so well. This is a mockumentary about people preparing for a marathon. I was quite a dedicated runner at one point and some of the “glitches” I had at the time are actually there in the movie. Good script.

However, it only makes up a small part of the movie. The rest is exhausted comedy. marathon is not a terrible experience. It’s just a nasty abuse of a concept that could have worked so much better with so little effort.

marathon is a mockumentary documenting the lives of five potential runners who decide to run a marathon. It also depicts the event organizer, a despicable and cheap man who doesn’t know about organizing nature events or about running. What can go wrong

The film is a comedy that relies on overusing clichés in order to give its characters a kind of personality that goes beyond the comedic aspect of their situation. The film achieves none of this as it slowly waits for a “climatic” third act that is only a confirmation of a thought. There’s nothing funny about that.

Initially, marathon is very funny. The obsessive idiot who adores running as a lifestyle, the mother who wants to be something other than a mother, the one guy who wants to show his sister that running is a sport (the best saying in the movie “Running is not a sport” Anyone can do it. Everyone shits, does that mean that shitting is a sport? “), And the rest is … not that important. The film takes up each story and develops the events as it prepares.

The problem is that the first hour of the film is a definite iteration of jokes and insights. This monochromatic tone of the film makes it tiresome. When the movie finally progresses, the resolution is too easy.

Naturally marathon can remember everyone This is Spinal Tap. I don’t see how that can be overlooked. But this comedic gem was run by a team of writers who were at the peak of their careers and who actually had a story to tell. They did.

marathon is not a bad film. It is just too lazy to develop beyond its simple idea and execution. Given all the insights they could have used, they opt for explosive comedy and exaggeration (tThe element of racism in law enforcement didn’t work for me, Emilou’s character is annoying, Jenna’s partner the banana guy is just a terrible decision script). It is impossible to imagine a much better version of this film after its end. Editing, script revisions and the analysis of a general tone could have saved this from a lackluster entry into the world of mockumentarys.

Williamson is the late bloomer of USMNT, the former teenage prodigy who makes up for lost time