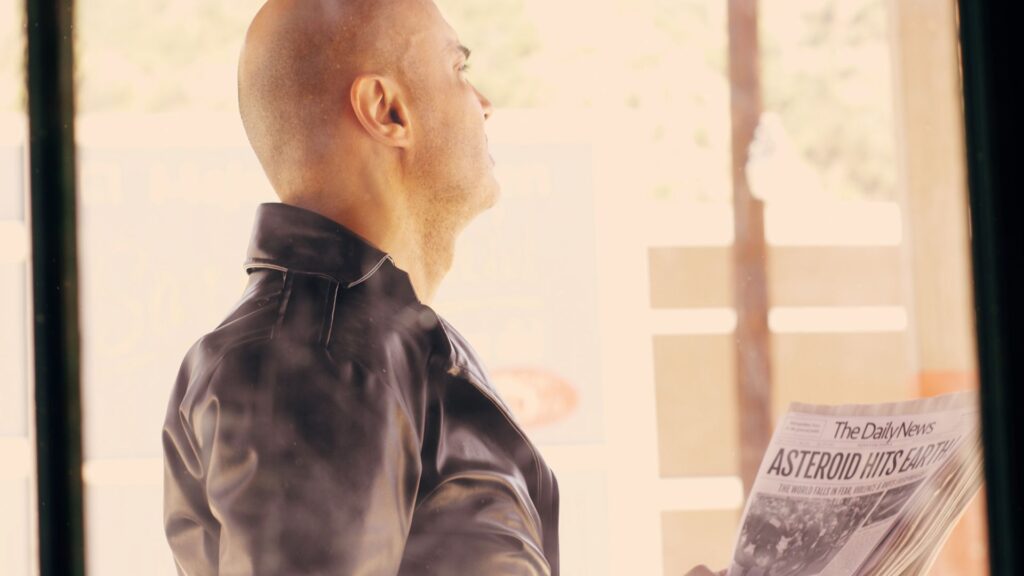 Indie cinema, real Indie cinema is something I keep falling in love with. It’s almost magnetic that these stories have a pinch of honesty that cannot be found in larger productions. This is mostly common with the most sober genres.

However, in fictional settings, especially science fiction, this consideration changes a little. It’s really difficult to make a sci-fi indie film in an unrealistic setting. Special effects are a big deal in this genre and budget, indie movies aren’t very “big”.

However, honesty is relative. you can making an indie sci-fi movie and not having the best special effects. You just need to be aware of the framework in which you are working.

Shahin Sean Solimon trying to do something big with it Misty darkness and violently misses the mark. His film, a science fiction action horror epic, is something of an experiment with limits. His story is supposedly clear, but it’s watered down in a poorly made movie.

The confusing yet interesting story in Misty darkness has something to do with our race being exterminated from the face of the earth.

A human wakes up in a time warp and has to face aliens, zombies and other threats again and again. He is a visitor to his own planet who has been taken over by other beings.

Of course he has to survive, finds other survivors and tries to save humanity.

Is there more? Probably.

But does it matter? Barely.

Solimon gathered every possible inspiration. His film is full of references to other science fiction films and television shows. It wouldn’t be a problem if its story did not suffer from a terrible lack of structure and direction. Misty darkness is a continuous experiment with visual effects that don’t look that good and don’t help the story (some creature effects and makeup actually look good).

Fancy pictures are not well-framed pictures and Solimon tries too hard to garnish the picture with effects that are not right. The strange thing is that I believe the story didn’t have to be overly manipulated to be interesting. Imagine if Misty darkness were carried out in a single room. You could find another film there, and maybe a much better one. Shahin Sean Solimon is a man who strives for greatness. His drive is something to be admired

As I said earlier, I am very fond of indie films. They are part of an evolutionary process that blends different levels of creativity and budget constraints. But a badly made film that is full of potential cannot be justified.

Misty darkness should be mystical and less violent. At least I can imagine that from an untold story.

New Moon in August 2021 ~ Wild At Heart by Darkstar Astrology