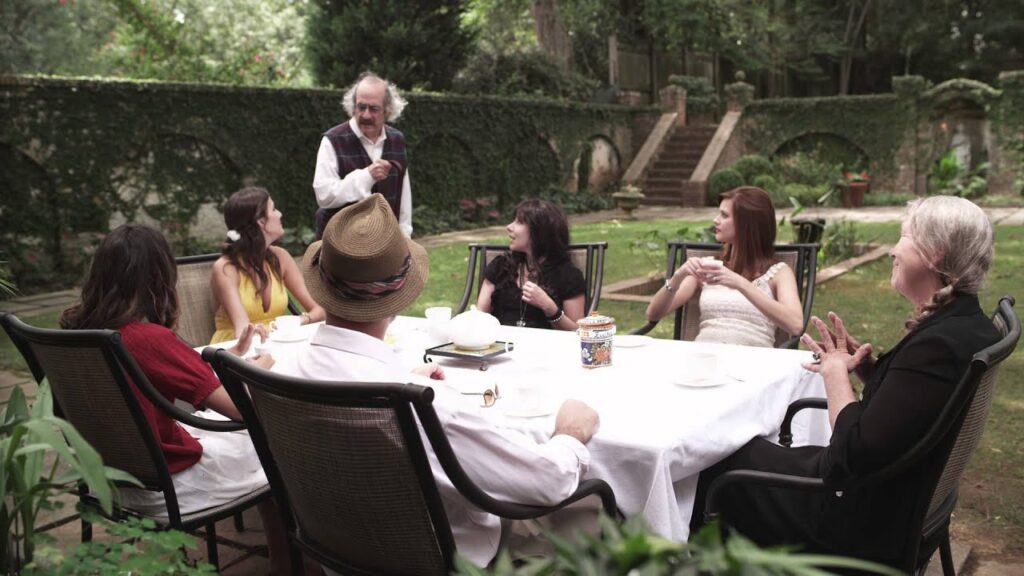 Every one of us think our family is the worst, right.

The Vacation films, as well as any other in that area, took the theme and built franchises out of it. Hell, even jokes and memes exist related to that insight.

It’s the reason why films like Inheritance: Italian Style appear to play so well organically. There’s no way that family can be worse than ours, so we’ll just give it a go and try to see.

The problem is that sometimes the much needed chemistry doesn’t even exist. The subjects of sibling rivalries, family secrets, and confessions during gatherings, are there but they don’t bode well. It all lies in the script, the secret behind an effective dramatic comedy.

In Inheritance: Italian Style, five sisters gather together in Sicily after their mother requests their presence for dividing the art and furniture. When they arrive personalities clash, big secrets come out, and honesty becomes a motive.

This doesn’t end well. The sibling rivalry is out of control, their leader holds a secret that’s more serious than the comedic setting calls for, and infidelity… Seriously, how didn’t the Parlazzis see this coming?

If Inheritance: Italian Style were a collection of quirky characters each having a pivotal scene, or maybe a one-setting film that depicted an important meal, perhaps the result would have been better. In fact, the only issue with the film is that it develops unnecessary plotlines and stumbles in the process. Terrible characters, a curious lack of a moral code, and no chemistry in the family, don’t allow us to enjoy the film. It’s always trying to make us laugh, and it forgets the subgenre rules: it needs to feel natural to connect with the audience, and the audience’s way of thinking.

Not everything in Inheritance: Italian Style is bad. Some performances feel more sincere and grounded than others, and there are some characters we actually root in the middle of chaos. Sadly, the script doesn’t let them win. At all. In Inheritance: Italian Style, bad luck is heavier than we may have imagined earlier in the film. They definitely don’t deserve some of the outcome.

Nevertheless, it’s possible this is the way some families function, and the writer/director decided to take things to the extreme. It’s a poor way of creating a connection with the audience, but films and the stories must be respected. Always.

If you’re out to have a few laughs and not worry about a thing, try Inheritance: Italian Style. The Italian tradition and manners are there for you to check out. They don’t come off as very honest but it’s comedy. Everything’s allowed in this territory,